For over a decade, Camfil and Solar Turbines have worked together designing optimum solutions for offshore, coastal and harsh environment applications. Solar Turbines recently approached Camfil with the need for a high efficiency compact solution. The idea was to have a product with an identical footprint to the existing high velocity filter houses, while ensuring longer filter replacement intervals, lower initial pressure drop (dP), greater hydrophobicity characteristics and EPA efficiency for particulate removal (especially salt).

Units A and B are exposed to harsh environmental conditions that would lead to spikes in dP, and excessive engine degradation from fouling and corrosion. Consequently, Foxtrot was forced to schedule unwanted shutdowns for maintenance.

The offshore platform is subjected to high humidity and high temperatures, sea salt in the air, along with other contaminants from the flare, supply vessels, process equipment, and contaminants from lube oil exhaust ventilation.

In addition, the site is exposed to extreme dust as a result of Harmattan sandstorms that occur 4 months of the year between late November to mid-March. During this dry season, dust travels from the Sahara to the Ivory Coast and gets transported hundreds of kilometers over the Atlantic Ocean onto the platform1.

Although the systems are located between decks and are not exposed to direct rain or sea spray, the units are often challenged with saltwater and harmattan storms, particularly Unit B. 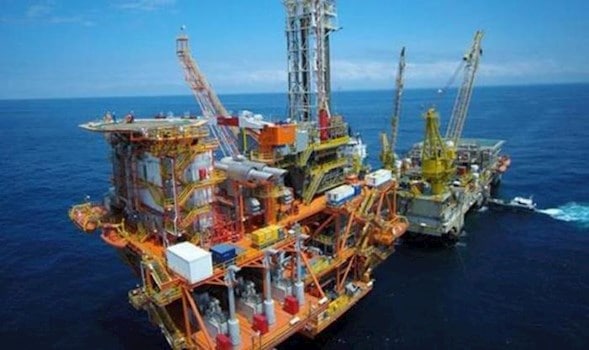 Foxtrot`s objectives were to eliminate degradation and minimize maintenance requirements to once per year. To achieve this, Camfil recommended redesigning the filter house to the Compact EPA Filter solution consisting of:

The new filter house uses nine pre-filters back to back with nine high efficiency filters to fit in the existing footprint.

Engine B is in a more challenging area on the platform, resulting in multiple dP spikes pre-upgrade, sometimes exceeding 5.2” w.g. At each peak, an unplanned shutdown was required for filter replacement.

Once Foxtrot upgraded to the Compact EPA Static solution in March 2016, dP stabilized and the filters lasted the full year without any unscheduled shutdown. 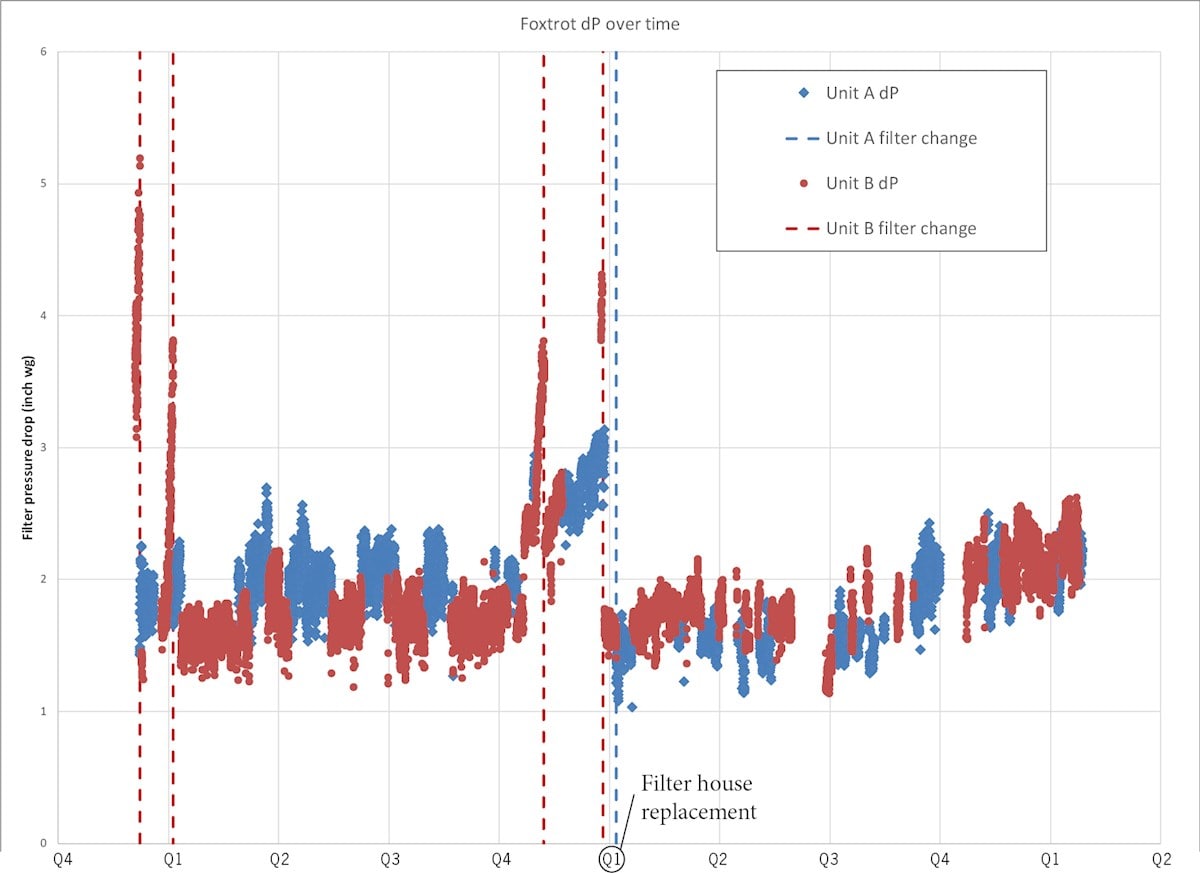