A Farr Gold Series GS12SQ installed where dust caused the most problems at the facility. 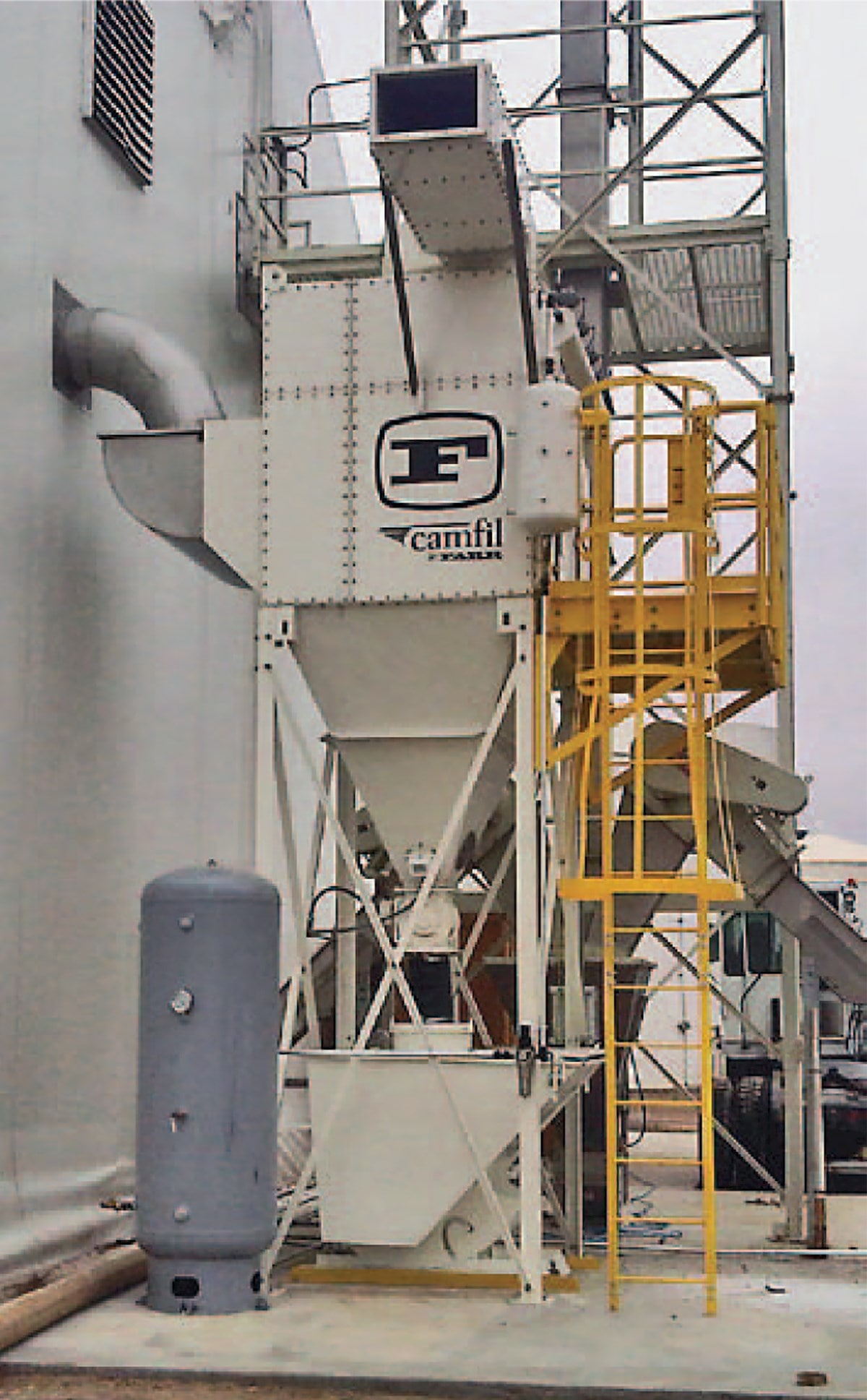 To resolve the dust issue during loading, a GS12 was installed at the source where dry ingredients were causing major dust problems. Ducts were placed above the loading space. alder stated, “My rep came out after we had everything installed, showed me how to program it, got it set up and running, and we’ve been using it ever since.” The unit is run as needed. The Farr gold series GS12 has virtually eliminated the clouds of dust that were once present during loading, reducing the maintenance time for the equipment that was being affected by the dust.