Modern fiber laser tables generate heated metal, smoke, and gases, which can be hazardous if inhaled by machine operators. In order to prevent this accident occurring good ventilation would be required to prevent toxic airborne particles from affecting vital organs of employees. Dust collectors are most effective equipment used to capture particles at the source.

The Farr Gold Series baffle inlet should be used to help deflect any sparks that make it to the collector. A spark drops out box should also be considered. A baffle arrangement in the table itself that creates a difficult path for the sparks being generated is also helpful in preventing the sparks reaching the collector. In extreme cases, spark detection and suppression should be considered.

Fire resistant cartridges should always be used in this application, as well as sprinkler heads in the collector itself. Explosion vents should also be included when cutting aluminium. The collector should be located outside.

Two of the most important factors when choosing the size of our dust collectors are, the expected amount of smoke generated being collected and the type of material being cut.

Numerous things affect the amount of particulate being collected. Firstly, the amperage of the plasma cutter itself. A 300-amp plasma will cut much faster and have a much higher loading than a 100-amp plasma. Some tables may have two heads operating at the same time.

A zoned table will have a much higher loading due to lower airflow required for the amount of material being collected. It can be compared to source capture verses general ventilation on non-zoned tables. 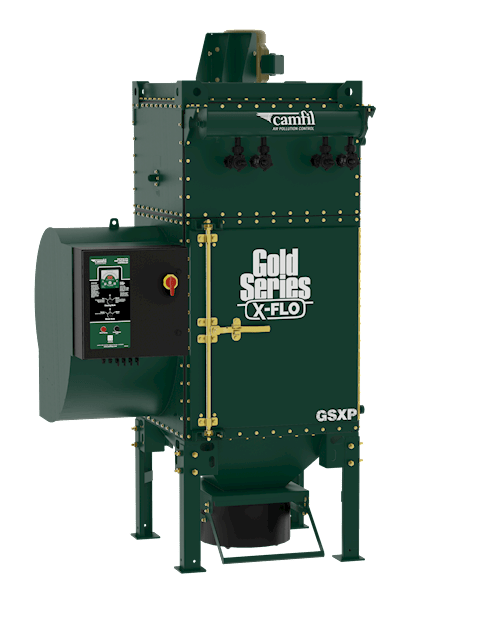