Published in Turbomachinery International, September/October 2020. Written by Klaus Brun, the Director of R&D at Elliott Group, and Rainer Kurz, the Manager for Systems Analysis at Solar Turbines Inc. 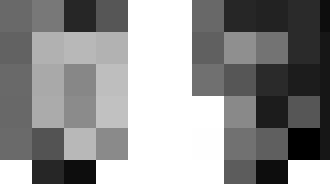 The commercial shipping industry has generally avoided gas turbines for primary propulsion and onboard electric power needs, turning instead to reciprocating engines, which have a history of operating on low-cost liquid fuels. Ships’ crews have experience working on these engines, and operations and maintenance staffing and infrastruc­ture tend to be centered around them.

Sweeping emissions rules imple­mented in 2020, however, are changing the marine landscape. The International Maritime Organization is working toward the carbon-reduction standards laid out in the 2050 Paris Accord. The industry is under pressure to identify clean fuels to meet these goals. The low-grade fuels reciprocating engines burn generate NOx emissions as well as sulfur oxides, partic­ulates and heavy metals. Meeting stricter emissions standards while continuing to run reciprocating engines will signifi­cantly increase operating costs for com­mercial shipping operators. To support low emissions, liquified natural gas (LNG) is becoming a key marine fuel due to increasing availability and clean com­bustion. In addition, LNG carriers (i.e., tankers that carry liquefied natural gas) are becoming more popular.

Concerns about using gas turbines are often centered around efficiency require­ments for clean combustion air, fuel suit­ability and noise. Since we find gas tur­bines abundantly in other types of marine applications, like offshore platforms and FPSOs, the question is certainly admissible as to why gas turbines are not used in com­mercial shipping. Today, gas turbines are significantly more efficient than the available types used 15 or 20 years ago, and provide superior durability and reliability. They can be installed as combined cycle, or combined heat and power systems. Combined cycle systems for gas turbines are more efficient and smaller than similar systems for recip­rocating engines due to the higher turbine exhaust temperatures. To optimize effi­ciency, the systems should be sized to match the operation profile of the ship.

The use of heavy liquid fuels, like heavy fuel oil (HFO) still favors recipro­cating engines, but these are the very fuels that become less desirable due the environmental impact. If an owner runs High Sulfur HFO, they will need to install scrubbers in the exhaust system. These scrubbers are expensive both to install and to operate. This reduces any advan­tage of running on so-called cheaper fuel.

LNG has become a viable alternative marine fuel. LNG is more economical than HFO. It creates significantly less harmful emissions, such as NOx, partic­ulates, sulfur, unburned hydrocarbons or heavy metals. This is particularly true for LNG tankers, where some of the trans­ported LNG is available as boil-off gas.

Therefore, it is surprising that we don’t see a greater interest in gas turbines for electric power and propulsion for LNG car­riers, cruise ships and other commercial shipping. Being turbomachinery people, we’re looking forward to seeing more gas turbines in commercial shipping services. Maybe we will see a similar situation as when, in 1894, the first (steam) turbine powered ship, the Turbinia, ran circles around the more conventional ships of the Royal Navy.

We would like to acknowledge the help from Paul Bullara, Camfil Power Systems, and Jim Bertsch, Solar Turbines.