This site uses cookies. By continuing to browse the site, you are agreeing to our use of cookies. Find out more.
Dalkia Switches to Camfil EPA Filters
Estimated operating savings of €172 000 / season

Dalkia, a leader in the French gas turbine market, launched a national comparative test to increase power production by improving air filtration efficiency. Gas turbines in France typically operate 4 500-hours from October 1 to April 1, due to gas tariffs and conditions governing the sale of electricity and prices to Electricité de France (EDF).

The primary objective of Dalkia's tests was to keep the compressor as clean as possible during the entire operation season, without the need for shut downs for washing. An off-line wash represents about 6-7 hours of production losses. Each hour means a loss of 45 MW from the time the engine's running speed is reduced, to the cleaning of the compressor, and until the engine is started again.

Another objective was a longer lifetimes by keeping the pressure drop less than 700 Pa in the two stages during 4 500 hours of operation. A third goal was to keep the filter's mechanical resistance as perfect as possible. 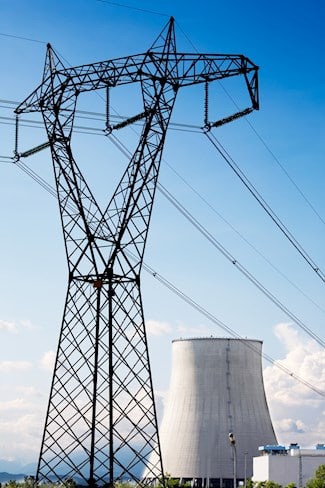 Camfil was the only manufacturer to keep the initial efficiency during 4 500 hours at more than 99% on 0.4 μm particles. At the start, two competitors were close to matching Camfil, but the efficiency of their filters gradually decreased during the testing period. The test was extended from 4 500 hours to 7 000 hours to know the final limit of the products, whereupon two of the competitors' filters eventually failed.

After the test, Dalkia required Camfil aif filters on every new turbine project since the filter upgrade has lead to substantial cost  savings. The original setup was a two stage filter system with a pleated glass fibre G4 panel filter followed by a compact filter rated F9. The operators were forced to perform "online" compressor washing and "offline" washing every 6-7 weeks.

Camfil proposed a filter upgrade from the original panel filter to an F8 Hi-Flo bag filter in the first stage. For the second stage a CamGT E10 filter was installed.

Up to now, Dalkia has not been forced to stop production for a wash due to compressor fouling during the entire operating season.